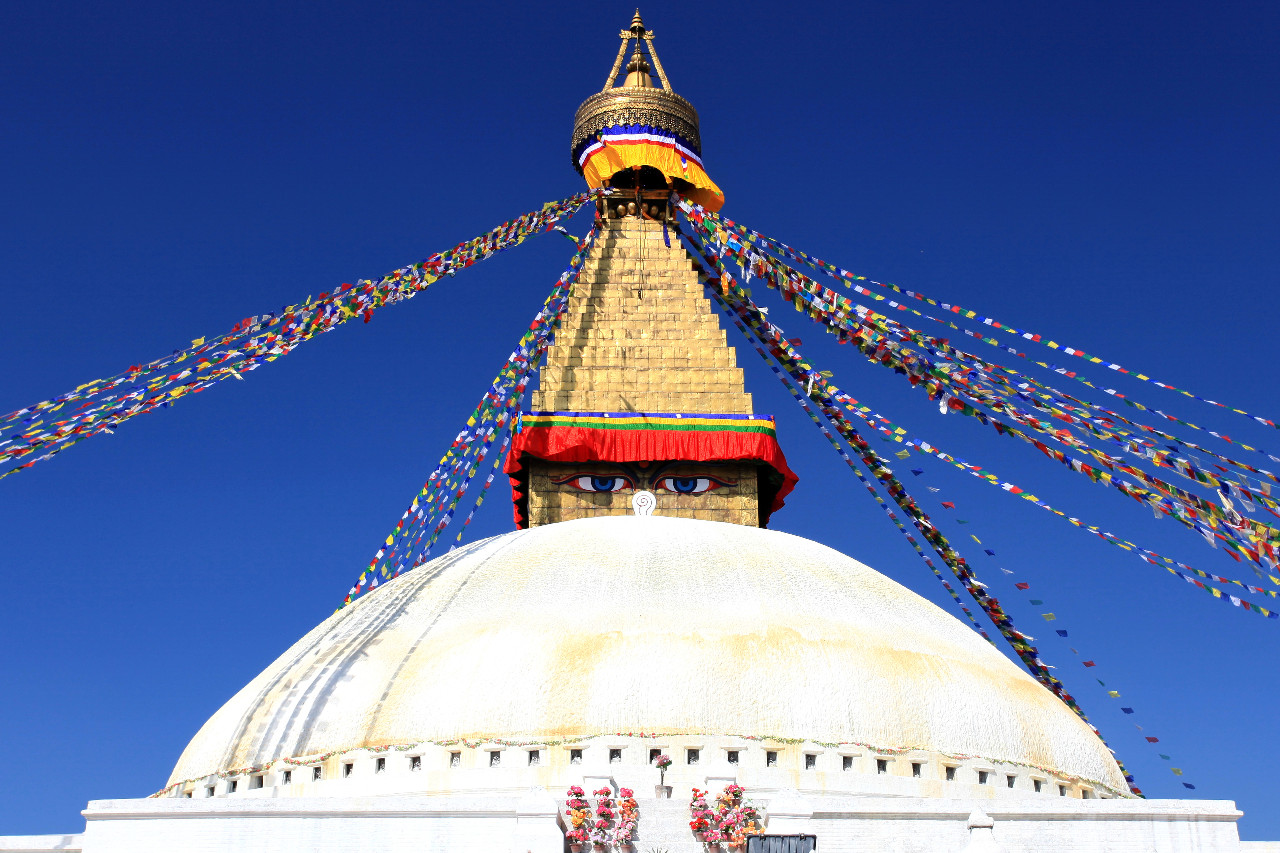 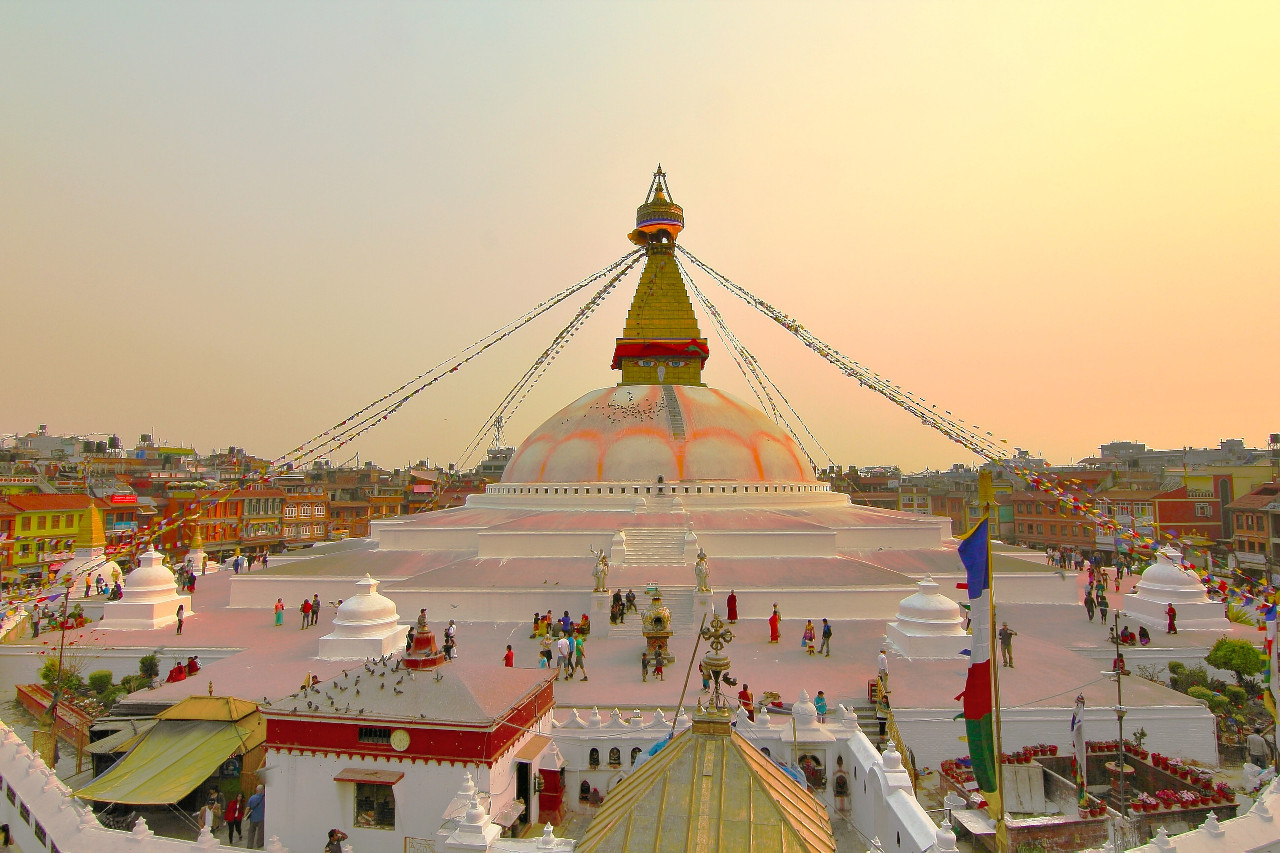 Boudhanath Stupa (or Bodnath Stupa) is the largest stupa in Nepal and the holiest Tibetan Buddhist temple outside Tibet. It is the centre of Tibetan culture in Kathmandu and rich in Buddhist symbolism.  Built in the 5th century, it was inscribed on the UNESCO World Heritage Sites’ list in 1979.

The 36-meter-high stupa of Boudhanath is one of the largest stupas in South Asia. With countless monasteries surrounding it, Boudhanath is the center of Tibetan Buddhism in Nepal. Built in the shape of a mandala designed to replicate the Gyangtse of Tibet, the stupa was renovated by Licchhavi rulers in the 8th century. The location of the stupa is interesting as it once lay on the ancient trade route to Tibet and it was here that Tibetan merchants rested and offered prayers for centuries.

On each side are a pair of the all-seeing-eyes of the Buddha symbolizing awareness. The canopy has 13 stages. At ground level there is a brick wall with 147 niches and 108 images of the meditational Buddha inset behind copper prayer wheels.

Visit Boudhanath Stupa and stroll around the inspiring white dome buzzing with energy; observe the devout passersby, light a butter lamp and send a prayer where you wish, look around for souvenirs, or observe all from a nearby rooftop restaurant, coffee in hand.

Situated 8 km to the east of downtown Kathmandu, Boudhanath, is one of the most imposing landmarks in Kathmandu, visible as soon as you land at the Tribhuvan International Airport. It is the largest stupa in the Kathmandu Valley.