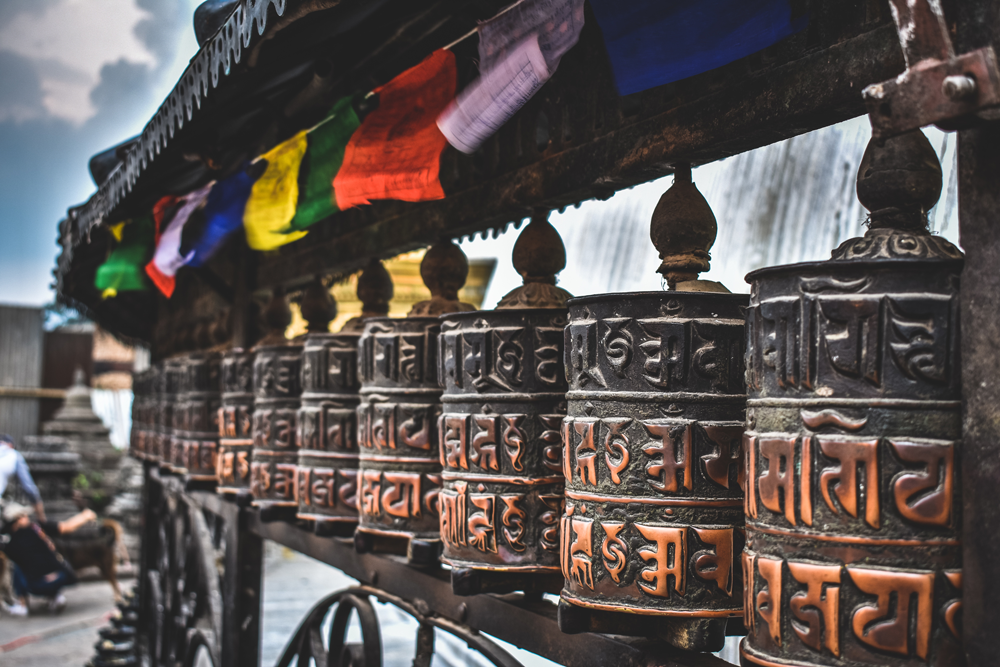 Almost perfect? Tell us what could make this your dream trip?

As you fly into Kathmandu, you will get an aerial view of the Himalayan valleys and the crowded bustling city below. After you have checked out of the Tribhuvan International Airport, our representatives will pick you up in a private coach and drive you to Nagarkot where you will be staying in Club Himalaya

The next morning before our breakfast, we will take a short hike around the hotel. You can enjoy the quiet nature walk and soak in the freshness of nature and mountainous oxygen. If you want to hike more you can visit the Nagarkot Buddha Peace garden. You can see Kathmandu valley and the main attraction is the massive gold Buddha statue posing amidst the garden.

After breakfast, we will visit Bhaktapur Durbar square. This medieval Newari city is renowned for its metal and stone artifacts and architecture from the 15th century. The 55 window palace is the main attraction of the square and used to be the residence for the royal family. As the name suggests there are 55 windows that have beautifully carved peacocks which are now a national treasure. It is now a gallery that is used to exhibit the craftsmanship of the prehistoric times. The main access point is the Golden Gate that is known for its gold plated metalwork. Another attraction there is the Nyatapola Temple. Nyatapola in Newari means five storied and is the tallest pagoda built in Nepal. Each story represents one of the 5 basic elements. The temple is dedicated to goddess Siddhi Laxmi who holds tantric power and success. Our next stop is Naudanda, a small village in the Gandaki zone. From Bhaktapur Darbar square, we will make our way to the airport for our flight to Pokhara and drive to Naudanda. You can watch the sunset and the superb mountainous views.

There are lots of interesting places one can visit in Pokhara and now that we are here, we will be doing just that. We will begin the day with a short hike to Kaskikot, a small village in the circuit of Annapurna. Kaskikot was one of the 24 kingdoms before Nepal was a unified country. The remains of the kingdom can still be seen. Nowadays people go there to get a panoramic view of the city below. After lunch, we will spend the day touring some of the hotspots in Pokhara. Devi’s Falls is one of them. A rather unnatural phenomenon occurs here, the stream of Pardi vanishes underground. It was originally called David’s fall but somehow adapted to native tongue to become named Devi’s fall. There are stories surrounding the lake that a Swiss couple was swept away by the waters when the dam overflowed on Phewa lake. Another place to visit is the International mountain museum, dedicated to the mountains of Nepal. Inside you will get to learn more about the Himalayas.

We will start the morning with an early morning drive to Sarangkot. Lying at an altitude of 1592m, it is a popular tourist destination to catch the stunning sunrise and get a magnificent view of the mountains and the valley below. Hues of yellow and orange will dance over the Annapurna range leaving you awed at the beauty. You will have to hike for about 2 hours to reach the top. After our breakfast, we will drive to Tilhar and hike to Pumdikot, Ranivan and then to World Peace Pagoda. World Peace Pagoda, as the name suggests, is truly peaceful and a perfect escape from the bustling city. The gleaming white stupa was constructed by the Japanese Buddhists and is one of the 80 peace pagodas in the world was built to inspire peace and harmony amongst all races and creed. Perched on a hill which commands the best views of the Himalayan peaks as well as the Phewa lake, the pagoda is easily a tourist favorite. We will stop for lunch at Raniban Retreat Resort and then hike back to Phewa lake and reach the lakeside by a boat.

Besides the Phewa lake, the Begnas lake is equally popular. After breakfast we will drive to Begnas lake and hike to Sundaridanda where the view of some of the tallest mountains like Annapurna, Macchapucchre, Lamjung and Manaslu is breathtaking. This will be our last trip in Pokhara before we catch our flight to Kathmandu. Once we arrive in Kathmandu we will check into our hotel and then have our dinner at a local restaurant that does these cultural shows. These cultural shows usually consist of a few traditional dances such as the Mayur or Peacock dance. The peacock is considered a holy bird and is said to keep away evil spirits. Other popular dances include the Manjushree dance, Lakhe dance and Newari dance. After enjoying our meal and performance, we drive back to the hotel.

After breakfast, you will check out of your hotel and spent the rest of the day visiting some of the iconic Darbar squares in Kathmandu. The first one is Patan Durbar Square.

Patan Durbar square is a collection of ancient temples and palaces that boasts the architecture of the Newars. When you are here, you cannot miss one of the temples, Krishna Mandir. According to local legend, King Siddhi Narsingh Malla saw the gods Krishna and Radha at a certain spot after which he ordered the temple to be made at the exact same spot. The temple has 21 pinnacles made in the Indian Shikhara style supported by the 3 tiers below. Events from the Mahabharata and Ramayana are carved onto different parts of the temple in Newari script. The temple is still in use although non Hindus are not allowed to enter.

The second darbar square we will be visiting is Kathmandu Durbar Square. Also known as Hanuman Dhoka, this palace square is a UNESCO World Heritage Site. It was named after Hanuman, the monkey god and has statues of Hanuman that is said to protect the palace by standing guard right at the entrance. Within the palace is the residence of the living goddess Kumari known as Kumari Bahal. Young pre-pubescent girl from the town is chosen to be the living goddess and a glimpse from these Kumaris is believed to bring good fortune.

The third place worth visiting is the Swayambhunath Stupa. Also known as the monkey temple, it is an important pilgrimage site for Buddhists. The whitewashed dome represents the earth while the thirteen tiers above represent the 13 stages to nirvana. Visiting the stupa is considered equivalent to meeting the Buddha in person. The stupa is said to bring in peace and heal people from all kinds of physical and emotional difficulties. Thousands of prayer flags flutter above the stupa which contains the sacred mantras that are carried to heaven by the wind. For last minute shopping we will make a stop at the Bhatbhateni Supermarket that has everything under the sun that a person could need. Once you are done with shopping, you will be taken to Hotel Ghangri for a Tibetan dinner. It is finally time to bid farewell to Nepal. After dinner you will be taken to the international airport and it is advisable to be 2 hours early for your flight back home. .